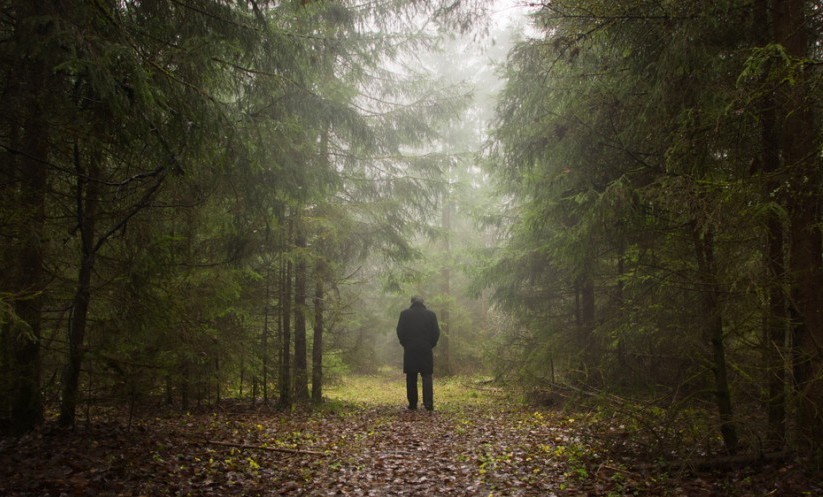 That you are here—that life exists, and identity;
That the powerful play goes on, and you will contribute a verse.’Walt Whitman

I was at a friends party last night. Lots of fascinating new people to meet. Among all the chit chat, that inevitable social ice breaker of ‘So what do you do?’ arrived to which I (hand-on-heart a little reluctantly) volunteered that I coach in the area of Positive Psychology and developing human potential. The reluctance was partly because it tends to provoke,

‘So what’s the secret to being happy?’

which is typically a precursor to (which it was!) …

‘I think I could do with some of that.’

Couldn’t we all though? How could happiness, optimism and attaining our true potential not be appealing notions? Yet in an ever changing world beset with distraction and disaster in equal measure they can tend to seem either tantalisingly always on the horizon or qualities we only manage to acquaint ourselves with all too briefly as they seemingly whizz on by to some other far more deserving sap.

Following research published by two Nobel economists, Joseph Stiglitz and Amartya Sen, the role of happiness as a vital metric of economic progress pricked up ears worldwide recently, in fact so much so that in 2010 (and alongside governments of France and Canada) the then UK Prime Minister David Cameron pledged to put national happiness as a metric for national flourishing on the government agenda. All jolly but what’s this got to do with meaning?

Let’s look at happiness itself. For most psychologists it can be rather neatly divided into two realms. Firstly there’s the variety where you do (or think or receive) something pleasant and as a result you feel … well pleasant. This is called hedonic happiness after the Greek school of Hedonism largely attributed to the philosopher Aristippus who believed that the goal of life is to maximise pleasure. Nice try Aristippus, but as a route to lasting contentment, sadly all too fleeting. In a neat simile a good many even describe this process as a hedonic treadmill, meaning no matter what or how much stuff we grasp at to please ourselves (money, cars and so on) after a brief spike our happiness levels pretty quickly return to baseline. Ah like a hamster on a wheel.

Its flip side is eudaimonic happiness. Eudaimonia as you may have guessed also has its roots deep in Ancient Greece, though compared to it’s hedonic cousin in the modern psychological lexicon it’s somewhat antithetically defined as focusing on far loftier notions such as meaning and self-realization rather than simply the self-centred pursuit of feeling good. This has led many to view these as a two-part moral argument positioning hedonic pursuits as somehow lesser and the seeming virtuous hair shirt of eudaimonia as higher, but simplistic binary behavioral assumptions of we ineffably complex humans are often flawed and all the more so when they have an ethical component.

Feeling good is inbuilt in all of us and drives behavior from nutrition through to reproduction but how would it be if we only operated from the domain of sense pleasures? Well go check out any 6 year old who’s yet to develop desire modulation and delay of gratification. Walter Mischel’s brilliant 1970 Stanford Marshmallow Experiment was the epitome of this: our greedy immature egos would rather have the treat now than even more of it later. This is unmodulated hedonism personified but more importantly demonstrates how the ability to delay gratification is a signature quality of the mature ego.

Equally the world of sense pleasure is an ephemeral one. Everything in this world of things and experience changes, and so whatever happiness each experience brings us, it is equally as fleeting and transient. Trying to maintain the pleasurable experience in order to maintain happiness is also doomed to fail and puts us smack bang back on that hedonic treadmill if not firmly in the tractor beam of addiction. Think not. Here’s an experiment. Go get two large delicious chocolate cakes. Take a piece and notice that first bite. How good that tastes. I mean that is good, right? Now finish that and have another slice. And another. Now keep going right through to end of the cake. Still tasting as good as that first bite? Now how about starting on that next cake over there?

We soon enough discover that even the most appealing sensual experiences can morph from ecstasy to dislike or even disgust once our happiness threshold is breached. Clearly as a route to lasting happiness it’s a poor one.

For me one of the key responses to that party evergreen of ‘the secret of happiness’ is ineluctably connected to eudaimonia – finding a happiness which is deeper, lasting and germane to our mature, innate developmental needs and yearning for growth and self-actualization. So where will we find this?

‘Why do you so earnestly seek
the truth in distant places?
Look for delusion and truth in the
bottom of your own heart.’

Yep. Meaning is what we find inside. In the personal development world, much is made of finding answers to existential doozies such as ‘Why am I here’ or ‘What’s the point of it all’ and for some there’s clearly great solace in believing that they have personally been placed here for some higher reason. Some great cosmic lesson.

But there is the other view and it’s one that I believe may offer some insight into why this quality might be so very important to address in this disaffected age of ISIS. Meaning is the lens through which we each interpret and make sense of life and experience but it is also a (if not the!) primary intrinsic force which can drive our personal & purposeful engagement with life and the world. Transforming our habitualized experience from black & white to color and allowing us to not solely exist, but to thrive and flourish.

The notion of a personal sense of meaning as an essential component of human potential and flourishing pops up consistently through the philosophic and psychological oeuvres, from Plato through to Frankl, though for a succinct way of highlighting the pleasure/meaning dichotomy it’s to the daddy of Positive Psychology Martin Seligman we turn, who in his (fairly) recent treatise simply yet so aptly called Flourish, who tells us,

‘The pursuit of engagement and the pursuit of pleasure are often solitary solipsistic endeavours. Human beings ineluctably want meaning and purpose in life. The Meaningful Life consists of belonging to and serving something you believe is bigger than the self …’

But this 21st century fame and ‘stuff’ obsessed modern ecosystem where the vain pursuit of feeling and looking good (and the inevitable dissatisfaction!), coupled with a post-GFC world offering far less opportunity to it’s emerging generation than the previous few had on offer, may go some way to explaining some of the current exodus of educated young men and women flocking to war zones to fight the ‘good fight’ on both sides. The idealism of youth & disaffected immaturity is warm dry tinder to the flames of a passionate cause and even more so to one so propaganda-savvy as ISIS clearly is.

To my mind a strikingly similar scenario played itself out in the last two ‘great’ wars as young, impressionable and often underaged young men (sound familiar?) scrambled over each other to fight their own ‘good fight’. My maternal grandfather was one who at age 16 lied his way into the Australian infantry only to see the grim reality of war on fronts at Gallipoli and Somme. Why? Because it seemed life suddenly had great meaning and purpose, a nobility to it, even if the activity might mean the very end of your own existence. War seems to do that to people. For some it appears the camaraderie, the sense of purpose becomes such a defining ‘meaning high point’ of their lives it makes real world re-entry a depressing disappointment. Why would any of this not be the same for this current crop of purpose-seeking warriors?

Fighting ground wars as our hawks so clearly love to do seems a brutally ineffective way to address an issue at it’s branch rather than its true ideological & behavioral roots. It would be naive to think such a complex issue can be solved entirely by ‘a bit of inner work’ but perhaps helping a clearly disaffected and somewhat hopeless generation uncover something more immediate and meaningful in their lives than martyrdom might just go some way towards ameliorating this current headlong rush to seek it in warzones.

Why is this relevant to all of us? In my personal & professional experience, if we wish to discover a lasting answer to that party perennial of ‘What makes us truly happy?’ – to transform life into a full colour experience, to feel fully alive and to truly flourish – then the issue of meaning and purpose is one we need to address. If all the above isn’t enough then how about the fact that according to a recent study ‘eudaimonic wellbeing’ – meaning those of us with a strong sense of ‘a sense of meaning & purpose’ – is associated with greater longevity and personal health.

Meaning matters. Finding it as we’ve heard requires us to let go of the hedonic thrall, all the distractions and to grow up and take an honest careful look inside. Otherwise … I’m afraid it’s the treadmill!