I think it would be remiss to have a section on relationships and happiness and not mention the work of John Gottman. Dr. John Gottman is one of the foremost researchers into relational conflict and success as well as the author of 190 published academic articles and author or co-author of over 40 books. Co-founder of The Gottman Institutewith his wife, Dr. Julie Schwartz Gottman, John was also the Executive Director of the Relationship Research Institute. He is a Professor Emeritus of Psychology at the University of Washington, where he founded “The Love Lab” at which much of his research on couples’ interactions was conducted.

Below is a short video outlining what Professor Gottman calls the Four Horseman of the Apocalypse–behaviors which his research has shown will almost certainly predict both the health and the very likely end of a relationship.

And for reference here’s a handy graphic on the same. 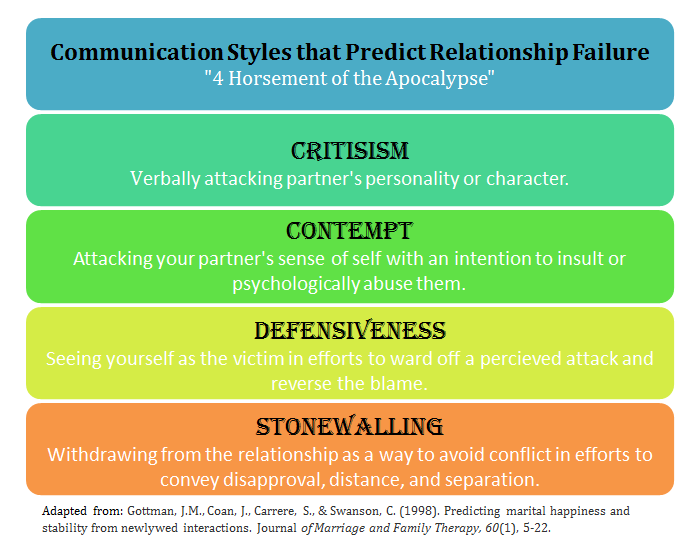 And here’s a couple of great clips on this work. In the first Anderson Cooper is interviewing Gottman and shows some of the lab clips where couples literally act out the horsemen.

And finally John talking briefly about great relationships. And nice way to end!