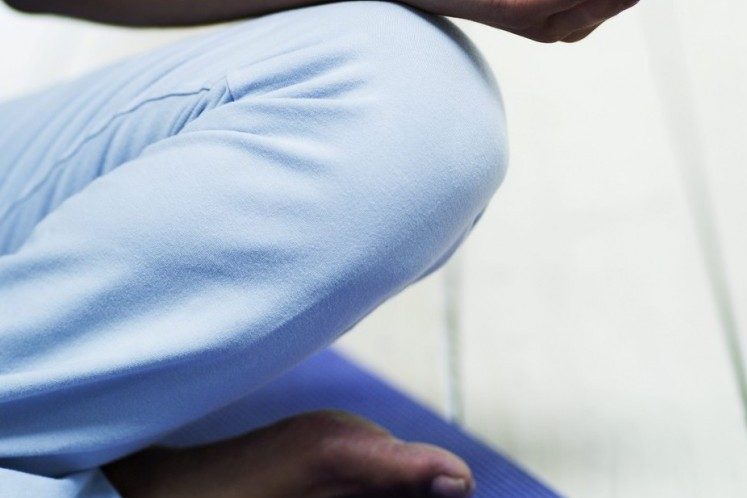 Considering the humungous volume of glowing data landing on our doorsteps daily touting the seemingly limitless benefits of mindfulness, plus the fact that I am myself a mindfulness teacher, you may well be asking yourself ‘How is this even a question?’ Yes, mindfulness is unquestionably ‘now’ in more ways than one. But in case you hadn’t noticed, recently the inevitable backlash has begun and there’s been quite a spate of books, articles and pundits galore not only asking this very ‘helpful or not’ question, but with some going so far as to answer it themselves with a pretty resounding ‘no’, and yet others going the whole hog by suggesting that it might even be downright harmful. ‘Huh? But how could this be?’ goes the rejoinder. ‘I mean you breathe in, you breathe out … what the heck could go wrong?’ What the heck indeed!

Taking into account the sheer magnitude of the media love-in with mindfulness of late, to me it would seem it was kind of set up to take something of a fall. Its wildfire popularity as some kind of cure-all de jour for every malaise from a sore thumb to schizophrenia appeared very much at the chagrin of much of the Buddhist community from whence it sprang (though doubtless that the world was waking up to the benefits of practice seemed at the same time something of a blessing) but equally making it fair game to the critical, contrarian and questioning alike.

Following the age-old media dictum of whatever goes up must in fact be taken down – or perhaps better to say ‘will also get you the same column inches (if not more) for a take-down’ – consequently mindfulness’ very à la mode red hotness made it an inevitable bulls-eye for skeptical journalists and pundits the world over and in particular any with a penchant for contrarianism and a book to flog.  But what I found most fascinating about the whole shebang has been that from the outset much of the commentary in either direction has suffered from a failure to understand what it is they’re talking about in the first place.

I’ve no intention to turn this into any kind of systematic rebuttal, but for a start many seem to believe that mindfulness is simply being here and being empty. A kind of mind ninja trick of holding your attention in the now while at the same time keeping the whole show devoid of any thoughts or thinking. You know … finding the off switch. In fact a good many teachers of said skill and commentators on the same out there are proposing some version or other of precisely this. I recently spoke to the renowned researcher Prof Ellen J Langer of Harvard who has been researching, writing about and teaching mindfulness for some forty years and in Ellen’s words,

‘Mindfulness is a simple process of actively noticing new things. That’s all you need to do.’

According to the eminent mindfulness teacher, researcher, founder of the MBSR program, professor emeritus and someone I gratefully call one of my teachers, Jon Kabatt-Zinn, yet another working definition is,

‘Mindfulness means paying attention in a particular way: On purpose, in the present moment, and nonjudgmentally.’

Can you spot the difference? I hope so. Because right here we can begin to get a sense of how this debate around mindfulness is often not so much about ‘what it can or can’t do’ but more so ‘what it is’. Let’s face it, if you haven’t defined a subject correctly at the outset then you’re clearly not even discussing the same thing. But hey, if it sells a good story … right?

Having met and studied with Jon and understanding a little of his own practice, understanding and intentions, what we are going to consider here as mindfulness from here on is directly drawn from his working definition. Certainly Ellen’s covers one aspect (‘in the present moment’) but it misses the vital elements of intentionality (‘On purpose’) and the all-important non-judgmental awareness. So it’s not simplistically about what we do, but as much about how. And herein lies at least one of the roots of the problem: simple miscommunication and misunderstanding.

Now with this as a set-point let’s consider the question we started with, meaning ‘Is is helpful?’ or furthermore ‘Is it potentially harmful?’

I’m not going to spend much time discussing the benefits as there’s such a wealth of information out there these days. Go look, you won’t have to go very far. The field of contemplative neuroscience throws up daily titbits of the many wonders and each year there’s something of the order of 400 scientific papers published citing mindfulness interventions which show positive change in everything from eating and weight management, emotional regulation, stress management and depression right through to gene expression and neurogenesis. All wonderful stuff huh? But what about these downsides?

Dr Willoughby Britton of Brown University has established what’s become known as The Dark Night Project to investigate ‘document, analyze, and publicize accounts of the adverse effects of contemplative practices’ How could these be so? Certainly the examples cited seem to be not of those who might have an occasional or even a daily sitting practice, but on some very rare occasions (and it has to be restated these are very rare) it appears that some participants engaging in longer periods of intensive silent retreat have had disturbing and at times life-changing experiences. Precisely why this might occur to some and not others is currently not fully understood, however some deeper aspects of the practice invite contemplation of the very nature of self, and it’s been proposed that perhaps to some (possibly more vulnerable practitioners) this might in itself be enough dislodge the sense of self, the I as we all see ourselves, in such a way as to fundamentally unhinge our very sense of being. But it also has been put forward that this could as much be more a worsening (rather than a creation) of ‘symptoms in people who have certain psychiatric problems’ meaning it is highly likely there may well have been a predisposition of some kind and the intense practice has simply served as an unfortunate catalyst.

It’s also clear that such outcomes are not the sole preserve of intense meditation and contemplative practice. A 2010 paper by psychologist Sona Dimidjian demonstrated that such harm is as possible within the would be safe confines of the therapists couch – but let’s be honest, mindfulness being so ‘now’ makes for a much catchier and contemporary headline than say ‘therapy hurts’. As we’ve heard it would also appear that these rare occurrences may have far more to do with the preexisting psychological state of the practitioner (or patient) than it does with the practice – though it would be logical to say that such negative outcomes may well be extensively mitigated if not avoided with a suitably experienced guide at the helm.

A fact which brings me to this: In the headlong surge into the mindfulness goldrush we’re currently experiencing, there has been a conscious decoupling of the millennia old practice from it’s Buddhist roots and therein may well lay part of the very solution.

The practice was traditionally taught only by those with some considerable personal experience of the full breadth of the terrain. These days mindfulness teachers appear at every corner, many with little real understanding and scant if any personal practice. I recently met a psychotherapist who was teaching mindfulness to prison inmates after a half day course. Half a day!!!!!!

The renowned Buddhist teacher Shinzen Young has written and spoken eloquently and with great clarity about ‘the dark night’ as an experience well documented in the Buddhist psychology  and has spoken of it being termed ‘falling into the pit of the void’. But Young is also quite clear that,

‘This is serious but still manageable through intensive … guidance under a competent teacher.’

It does appear quite possible that the unhitching of mindfulness from its dharma roots may have itself laid this unsteady ground for those very unfortunate few. The solution? At least in part it will be to find teachers who have their own extensive, dedicated practice, an understanding of the dharma and also have an experienced mentor/teacher of their own. In my own experience most retreat centers will also offer some level of screening prior to attending but there’s a salient saying which does the rounds in addiction circles and it goes something like this

‘The mind can be a little like a bad neighbourhood, so sometimes it’s best not to go there alone.’

As we’ve heard having a suitable guide/coach/mentor/teacher whatever is absolutely vital to help process the information more intensive practice can reveal. Frankly having done some inner therapeutic journey already is also not going to hurt either. We often describe meditation as a kind of training for the mind not unlike heading to the gym. And frankly if you had never done any physical exercise you’d be well advised to get worked over by a suitable professional before you fling yourself recklessly around a weights room, wouldn’t you? Most good gyms actually require it at least for risk category novices. Then why isn’t the same true before heading for some intensive mind gym work? Be smart not just adventurous.

‘Mindfulness-based stress reduction (MBSR) was developed as one of a possibly infinite number of skillful means for bringing the dharma into mainstream settings.’

For Jon mindfulness and the dharma (by this is meant ‘the lawfulness of things in relationship to suffering and the nature of the mind’) are simply not separable. Mindfulness isn’t simply the cool anti-thinking be-here instant-fix tool it’s often sold to us as, but a step into a more integrated and complete way of experiencing, living and understanding life.

Separate it out at your potential peril and for goodness sake work with experienced allies and teachers. Bad things very, very rarely may happen, but experienced hands can both help prevent and heal if they do.